Fullmetal Alchemist, Silver Spoon creator Hiromu Arakawa will start a new fantasy manga series titled Yomi no shigai in the upcoming Monthly Shonen Gangan on January 2022 issue. While much about the series is still under wrap, but it has been revealed that the story is about a boy & his imprisoned sister uncovering the secret of a mysterious village. The official Twitter account of the magazine has posted an illustration of the announcement of the new series.

Born in Tokachi, Hokkaidō, Hiromu Arakawa has become a household name in anime manga history. She made her debut in the industry with one shot Stray Dog in Square Enix‘s Monthly Shōnen Gangan in 1999. Her other major work includes Fullmetal Alchemist, Hero Tales, Silver Spoon, The Heroic Legend of Arslan, and more. As of July 2021, the cumulative circulation of Fullmetal Alchemist has surpassed 80 million, which is the highest sales record for a manga published by Square Enix.

To commemorate the 20th anniversary of the work, Square Enix has announced that the upcoming latest work will be published and serialized in the same magazine as FMA. Furthermore, it is the first time in about 11 years, Arakawa is starting a new original serialization in the magazine.

Alchemy tore the Elric brothers’ bodies apart. Can their bond make them whole again?
In this world, alchemists are those who study and perform the art of alchemical transmutation—the science of manipulating and transforming matter. They are bounded by the Law of Equivalent Exchange: in order to gain something, one must sacrifice something of equal value.
In an alchemical ritual gone wrong, Edward Elric lost his arm and his leg, and his brother Alphonse became nothing but a soul in a suit of armor. Equipped with mechanical “auto-mail” limbs, Edward becomes a state alchemist, seeking the one thing that can restore his and his brother’s bodies…the legendary Philosopher’s Stone. 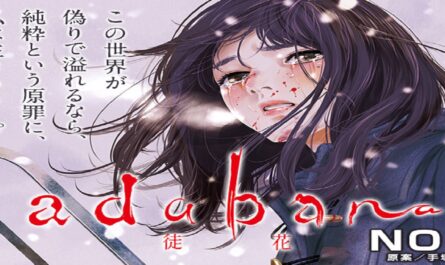