There are some anime series that stand out from the rest, not just because of their engaging storylines and well-developed characters, but also because of the amazing music that accompanies them. If you’re a fan of both anime and music, then you’ll want to check out some of the best musical anime series out there. From classical pieces to contemporary rock tunes, these shows will have your toes tapping and your head nodding along with the beat. So without further ado, here are five of the best musical anime series you need to watch right now.

If you’re a fan of pianos and romance, then the Nodame Cantabile anime is perfect for you. This delightful series follows the quirky music student Nodame and her relationship with talented young pianist Chiaki. From their first meeting to their eventual marriage, the two characters share many memorable moments together – all set against the backdrop of some beautiful classical music.

So all in all, if you’re looking for a light-hearted romantic anime to watch and a fan of classical music, or anime, then you’ll love Nodame Cantabile. The series is full of beautiful music and funny moments, making it one of my all-time favorite musical anime. Whether you’re a seasoned musician or just a casual anime fan, I highly recommend giving Nodame Cantabile a try. You won’t be disappointed!

4. Your Lie In April (Shigatsu wa Kimi no Uso)

Your Lie in April is a heartwarming and heartbreaking anime series that will touch your soul. The story follows the journey of Kousei Arima, a prodigy pianist who is unable to hear the sound of his own piano playing after the death of his mother. With the help of Kaori Miyazono, a free-spirited violinist who encourages him to open up and express himself, Kousei rediscovers the joys of music and life. Your Lie in April is an unforgettable experience that will stay with you long after you finish watching it.

From the moment I started watching it, I found myself completely engrossed in this show about music and growing up. It’s perfect for anyone who enjoys shows like K-On! or Natsume Yuujinchou because of its focus on relationships between people through the lens of music. If you’re looking for something to watch over your spring break, or if you’re just looking for an emotional anime series that will make you feel everything, then look no further than Your Lie in April.

3. Kids On The Slope (Sakamichi no Aporon)

Kids on the Slope is a Japanese anime series produced by MAPPA. It was directed by Shinichiro Watanabe, who also directed Cowboy Bebop and Samurai Champloo. The show follows the lives of two high school students, Kaoru Nishimi and Sentaro Kawabuchi, as they form a bond over jazz music. The show has been praised for its excellent writing, characterization, and animation. In 2012, it won the 57th Shogakukan Manga Award in 2012 for the best general manga and in 2013, Yoko Kanno won the Best Music at the Tokyo Anime Awards for her amazing work on Kids on the Slope.

This show is not just about the music, however, but also about growing up, making mistakes, and learning from them. If you’re looking for an anime that is both moving and realistically portrays adolescence, then look no further than “Kids on the Slope.”

Detroit Metal City is a hilarious and over-the-top anime about a young man, Negishi Souichi, who desperately wants to lead a normal life as an idol singer. However, when he accidentally stumbles into the seedy underworld of Detroit metal, his world is turned upside down. He’s forced to take on the persona of Krauser II, the most feared and legendary metal artist in Detroit.

With outrageous costumes, heavy metal music that is sure to get your head banging, and nonstop action and comedy, Detroit Metal City is one anime you do not want to miss! It will have you laughing out loud one minute only to find yourself clenching your fists in anger the next. With over 12 episodes and 13 minutes runtime, there are plenty of reasons for any self-respecting metalhead or anime lover to give it a try!

I’ve been a fan of anime and manga for as long as I can remember. My favorite genre is seinen coming of age, especially the classic ones something like Beck. Well, what is Beck?! Well, Beck: Mongolian Chop Squad is an anime that premiered in 2004 and ended in 2005. It follows the story of a group of friends who start a rock band. They struggle to make ends meet while living in poverty until they join the band BECK, which changes all of their lives forever.

The show has been praised for its characters, music, and animation and it is one of my favorite anime shows of all time too. I would recommend this show because it has a realistic storyline without any major twists or turns that keep you on your toes! It has an amazing soundtrack with some really catchy tunes too.

And while talking about Beck, it is a great anime show with an intriguing storyline, but it’s even better in manga form. With the help of artist Harold Sakuishi, who also created the series Seven Shakespeares and Stopper Busujima, the story is brought to life through beautiful drawings that give us more insight into what goes on inside the minds of these characters. That said, I recommend this manga for anyone who loves Beck! Just give it a go.

What do you think of the list? Did you like it? What are some of your favorite musical anime manga? Let us know in the comment below! And don’t forget to hit the bell icon here somewhere to get all the latest news, featured articles, and more in your notification bar. 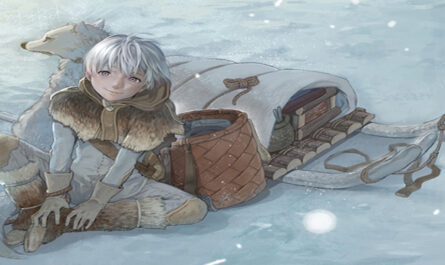 6 Amazing Facts About To Your Eternity & Yoshitoki Oima