Kazuya Miura and Shinichi Fukumoto are directing the anime at ENGI. Kenta Ihara is in charge of the series composition and Masahiko Suzuki is in charge of character design.

Trapped in a Dating Sim: The World of Otome Games is Tough for Mobs is a isekai comedy-drama light novel written and illustrated by Yomu Mishima. It has been serialized in Shōsetsu ni Narō (Let’s Be Novelists) website from 2017. Micro Magazine’s GC Novels shipped the series’s eighth volume this past June. Beside light novel a manga adaptation by Jun Shiosato has also been serializing in Fujimi Shobo’s Dra Dra Shop# service.

Office worker Leon is reincarnated into a particularly punishing dating sim video game, where women reign supreme and only beautiful men have a seat at the table. But Leon has a secret weapon: he remembers everything from his past life, which includes a complete playthrough of the very game in which he is now trapped. Watch Leon spark a revolution to change this new world in order to fulfill his ultimate desire…of living a quiet, easy life in the countryside! 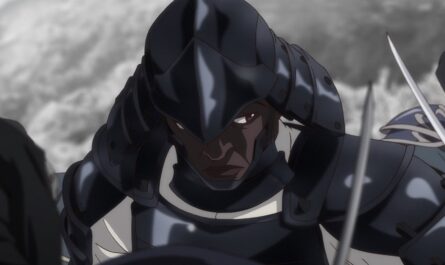