Misaki Takamatsu‘s romantic comedy slice of life manga “Skip and Loafer” is getting an anime adaptation next year. The news of the anime announcement has been leaked to the media by the upcoming cover of the January 2022 issue of Kodansha‘s Monthly Afternoon magazine. Further details are not yet known.

Written and illustrated by Misaki Takamatsu, the manga has been serialized in Kodansha’s Monthly Afternoon from August 25, 2018. As of November 2021, 5 volumes have been released and in 2020 it was nominated in the Best General Manga category of Kodansha’s 44th Annual Manga Awards.

Excellent student Iwakura Mitsumi has always dreamt about leaving her small town, going to a prestigious university, and making positive changes in the world. But she’s so focused on reaching her goals that she’s not prepared for the very different (and overwhelming) city life that awaits her in a Tokyo high school. Luckily, she makes fast friends with Shima Sousuke, a handsome classmate who’s as laid-back as she is over-prepared. Can this naive country girl make it big in Tokyo with Sousuke by her side?

Born in the Imizu City of Toyama Prefecture, Misaki Takamatsu has been active in the industry for almost a decade now. He made his debut in the writing career with Amekohime in 2013 and as a mangaka in 2015 with Canary’s Boat. 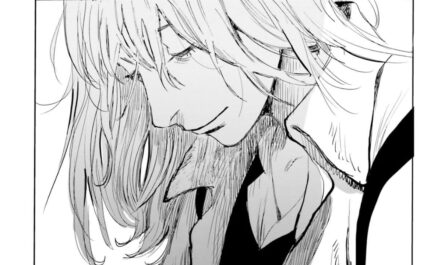