How many times have you been click baited to a youtube video that had almost nothing about what you wanted it to be, well Oregairu is or maybe like that. Oregairu is not that general high school rom-com where there are funny moments within a classroom, people falling in love without a care, or friends going around merry about their days, rather it’s deeply rooted in the internal conflicts which a teenager goes through, where many tiny occasions make an impact that’s quite big.

The entirety of the show is based on Hikigaya Hachiman that one lonely high school boy with dead fish eyes who thinks what kids normally think of as “Youth” is nothing but a lie, a delusion that people live unconscious of. That’s how the show kicks off with those lines. With a bad past experience with his peers, he ends up being that quiet kid who hates how everyone goes around pretending. From the very beginning, it’s made clear that even though Hachiman looks like a kid who definitely isn’t normal it’s very clear that he desires that normal in and around his life. He is kind loves his little sister and understands people better, because he has been a keen observer of things around him for a long time. Though some of his self-deprecating actions lead him to be hated for various actions, Hachiman never strays out his goal, he sometimes is shown to even lack self-respect on many occasions, which becomes normal very quickly and is eliminated from his character very late into the series. He in short is a complicated masterpiece of what happens when someone decides to live in seclusion without proper interaction with society.

A “calm and cold” demeanor is what is best to define Yukino she too is shown as a complicated character that appears very cold but desires support and warmth. In the very beginning, Yukino is shown as a “pain in the a**” type of character that’s too difficult to deal with but as the series progresses she develops as a very finely built character. Yukino is basically that rich girl who is the sink for everyone’s envy. She thus ends up creating a wall around and not letting anyone see her weakness and not accepting any support. She is shown as a witty girl that is good at everything but she has almost no reservations when it comes to giving opinions. But Yukino has two people she absolutely fears her Mother and her Sister both of whom try and manipulate her according to their will. Her sense of ‘self is in itself very fragile and when faced with people who know what she truly is it all comes down. In a family where everyone is an achiever, she is seen to be chasing that greatness and failing on many occasions, even though to everyone else she is “Sugoi” she often ends being more reserved. As the series progresses she comes out more easily towards others, trusts more people, lets them help her, and starts building her real self.

If all of the characters in the story appear “not so normal” then Yui is probably the most normal someone can be. She is that girl who gets along with everyone and is friendly with everyone a complete opposite to both Hikigaya and Yukino. She has a normal household a caring mother and a friendly atmosphere around her always. She is shown as some sort of middleman that glues together Hachiman and Yukino into a more acceptable relation, for a very good amount of time in the entire series. Though the only problem would be she is a generic anime character without too many complications thus adding a new dimension to the whole story. But Yui is afraid, afraid of breaking people’s hearts, and thus never speaks of her true desires which she corrects almost by the end of 2nd season. She remains as the ‘sunshine’ in a true sense giving those warm moments in a somewhat different ‘rom-com’.

The Important Side Characters:

If there is one character that definitely needs to be described apart from being the main character or directly related to him it’s gonna be her in every possible way you think about it. She is Hachiman’s language teacher and sort of life counselor she is in a true sense a teacher. She corrects Hachiman on numerous occasions scolds him, praises him questions his interests and motives but she never once is shown to hate him, (yes the true Best Girl). Though if you look with judgmental eyes she is just a side character created to fill up plot holes that might have appeared with so many socially flawed characters. But still, she is a character you can’t help but love not just for all the support she has shown to Hachiman and how she almost molded him into a better human being but also a guide we wish we had.

The sisters that play a major part in the entirety of the series but one is misunderstood by almost the entire fandom that’s why I bring them together to make it clear how both of them do the same thing but in a very different manner. Komachi as a younger sister to a boy who has issues with society has only two options either to leave her brother as he is or support him and be his one source of light (which she does beautifully) on the other has Haruno being the older sister is left with the same two choices but because she is the older of the two sisters it’s her duty to not just support but also correct Yukino. Though she does that being a stubborn sister who likes to manipulate Yukino into doing things she dislikes, Haruno in many scenes is shown to try to bring out the true self of Yukino in front of everyone thus pushing her to make the “true self” she lacks. In easier ways, I quote what Itachi said to Sasuke “I will always be there for you, even if as an obstacle you have to cross”.

The Story and Final Thoughts:

The story’s brilliance comes into the light with the way it is paced not just one season but the entire 3 seasons’ worth of episodes. Hachiman goes from being a loner who holds to himself in a very different manner to become more amicable and forgiving towards the way of society and how it works Yukino changes from a cold girl who never accepts help to someone who is very much dependent and open towards her friends and accepts her weakness and Yui goes from being just a “good girl” to someone who speaks of what she desires knowing she might hurt others. The romance that blooms in between these three not just changes them but shapes them for better and helps sort out many problems that arise although creating new ones. By the time Yukino and Hachiman realize their feelings towards each other and Yui understands that she is not going to be rewarded for her feelings for him the bond between them is so strong it hardly changes things. With all the various side characters that appear in each season as a new challenge towards these three, they keep evolving into better versions of themselves and become more transparent showing their true self, and to be honest it’s not one bit of all these is boring. Hachiman within his peers goes from an unknown boy to a person who many trusts, and that’s wholesome. You are left with satisfaction and that probably is the gift of this anime.

The entirety of the story can be shown just by describing the character’s growth and where they ultimately end up. But Oregairu is much more than just character development it actually thrives on interactions between its various characters creating moments that are so easy on the eyes and yet taxing to the mind. It almost forces you into believing Hachiman’s ways of thinking to be the correct way but also changes Hachiman by the time the 3rd season ends. The story even though based on an individual character has loads of situation that is just not possible individually. It twists a genre as simple as Rom-Com into something so good that it leaves questions about ourselves in our minds. No, it’s not a psychological story, it’s just plain everyday life of Highschool teens. 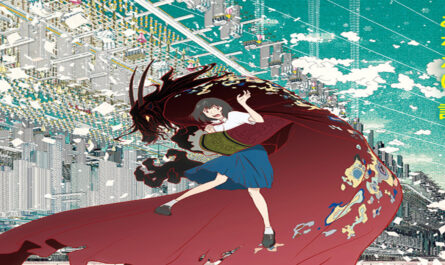 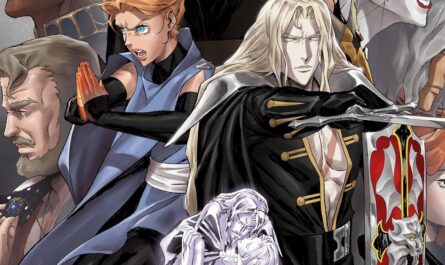