Miko Yasu’s Slice-of-Life, Comedy manga Police in a Pod ( Hakozume: Kōban Joshi no Gyakushū ) is receiving an anime adaptation in 2022, starring Shion Wakayama and Yui Ishikawa as the protagonists Mai Kawai and Seiko Fuji respectively. In addition to the TV anime announcement, a teaser visual, PV, comments from the main casts, illustrations by the original author, and production staff have also been released.

Yuzo Sato (The Gokusen, Kaiji, One Outs, Pokemon, Hunter × Hunter: Phantom Rouge, Hellsing Ultimate) is directing the anime at Madhouse, and Ryunosuke Kingetsu (Ninja Nonsense, Samurai Girls, Aesthetica of a Rogue Hero, Gakuen Utopia Manabi Straight!) is penning the series’ scripts while Kei Tsuchiya (Laidbackers, No Guns Life, Boogiepop and Others, Blassreiter) will be in charge of character design.

From laughter to humanity, I think this work is a work that is close to everyone’s hearts.
The animation production site is also united in order to create a video that is comparable to the plays of the voice actors.
Please look forward to “Police in a Pod”!

Hakozume: Kōban Joshi no Gyakushū, or Police in a Pod, is a seinen comedy-drama manga written and illustrated by Miko Yasu. It has been serialized in Kodansha‘s Morning from the 52nd issue of 2017 and on Kodansha’s webcomic distribution site Comic DAYS since April 2018. In January 2021, the manga received the 66th Shogakukan Manga Award in the general section, and in the same year in April, the series was also nominated for the 45th Kodansha Manga Award. As of August 2021, the cumulative circulation of the series has surpassed 2.3 million.

Kodansha USA describes the story as:

Female police officer Kawai had enough of a career she wasn’t even that into and was about to hand in her registration when the unthinkable happened—she met the new, female director of her station! And after spending a little time with this gorgeous role model, Kawai realizes that maybe she isn’t quite done being an officer after all.

On July 7, 2021, the series has been made into a Japanese television drama with the title “Hakozume: Tatakau! Koban Joshi” which now runs in the NTV‘s Wednesday slot at 22:00. Shintaro Sugawara (Black School Rules, Love You as the World Ends), Seiichi Nagumo (Detective Novice, Dirty Mama), and Akinori Ito served as the director of the series while Nonji Nemoto handled the series composition.

There you go with our news update! Watch the trailer if you haven’t yet and let us know what you feel in the comments below. 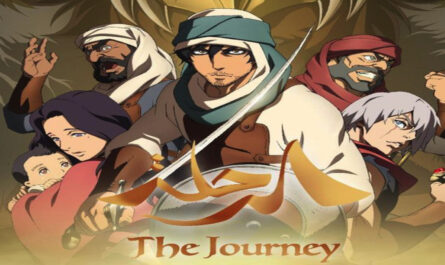