I’m Standing on a Million Lives season 2 is on the horizon. The third PV for the highly-anticipated second season finally dropped yesterday. Here’s what we know so far about the cast, release date, plot, and more.

Hyaku-Man no Inochi no Ue ni Ore wa Tatteiru (English: I’m standing on a Million Lives) second season is scheduled to premiere in Japan on July 2. Although it’s worth mentioning that on July 2 the first episode will be a recap of season 1, this means the actual episode 1 of season 2 will premiere next week 9th July 2021. Television release date aside Hong Kong content distributor MediaLink Entertainment Limited‘s Ani-One YouTube channel will also stream the anime on July 9 at 10:00 p.m. IST (Indian Standard Time).

As for the production staffs, Kumiko Habara (PriPri Chii-chan!!, Battle Spirits Burning Soul episode director) is directing the anime at MAHO FILM, Takao Yoshioka (High School DxD, Your Lie in April, Konohana Kitan) is in charge of the series composition and Ken Ito will serve as music composer.

The previously announced cast members include:

Written by Naoki Yamakawa and illustrated by Akinari Nao, the manga has been serialized in Kodansha’s Bessatsu Shonen Magazine from July 2016. As of May 2021, the cumulative circulation has exceeded 1.8 million.

Kodansha Comics is publishing the manga in English, and it describes the manga as:

Ninth-grader Yotsuya Yuusuke is practical, friendless, and not active in any clubs. Then one day, he and two female classmates are suddenly sent to another world where they must work together to battle for their lives. Yotsuya is a lone wolf and has always lived his life according to his wants, but how will that work out now that he’s supposed to be a hero?!

Don’t forget to check out our Top 12 Summer 2021 Must Watch Anime recommendation where we have included the anime in our list. Also don’t forget to voice your opinions about the post in the comments below! The Company Slave Wants to Be Healed by a Little Ghost Girl Anime Reveals New Teaser Trailer, Date, and More 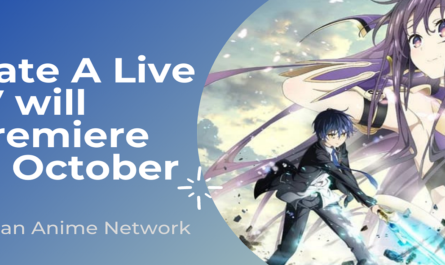