It has been almost a decade since Daisuke Hagiwara started illustrating Hori-san to Miyamura- kun under Hero’s supervision under the title Horimiya in Square Enix’s Monthly G Fantasy on October 18, 2011.

Yen Press, the English publisher of the series describes the story as :

At school, Kyouko Hori is known for being smart, attractive, and popular. On the other hand, her classmate, the boring, gloomy Izumi Miyamura tends to get painted as a “loser fanboy.” But when a liberally pierced and tattooed (not to mention downright gorgeous) Miyamura appears unexpectedly on the doorstep of secretly plain-Jane homebody Hori, these two similarly dissimilar teenagers discover that there are multiple sides to every story…and person!

Originally written and illustrated by Hiroki Adachi, under the pseudonym Hero, Hori-san to Miyamura-kun was a famous hit WEB comic in the early 2010s on the internet which ran from February 2007 to December 2011 in a four-panel format on Hero’s website Dokkai When. It also received a print publication by Square Enix from October 2008 to December 2011 and as well as a rebooted newly illustrated manga known as Horimiya by the same publisher that began serializing from the November 2011 issue in Monthly G Fantasy magazine.

As of January 2021, the cumulative circulation of the series has exceeded 6 million. And the series currently inspired an anime television series that premiered in Japan on January 9 and a TV drama on Mainichi Broadcasting System’s midnight drama “Dramatism” from February 17, 2021, starring Suzuka Hisashishi and Kubota Shatomo. 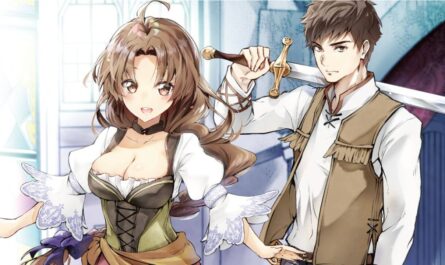