According to a statement in Kodansha’s Shonen Magazine Edge popular supernatural, fantasy adventure series Shaman King – The Super Star by Hiroyuki Takei will go on a long hiatus due to the author being very busy with his new projects and schedules. No return date has been announced. The magazine stated it will notify fans when Takei will be able to return to work.

Shaman King – The Super Star is a five-volume sequel manga to the series Shaman King: Flowers. Hiroyuki Takei started writing it shortly before the release of SHAMAN KING Red Crimson, the first Gaiden manga of the original series featuring Tao Jun and Jet Kusamura. The series is being published in Kodansha’s Shonen Magazine Edge from May 17, 2018. Overall, the manga has sold over 38 million copies, making it one of the best-selling manga series in history.

In North America, Kodansha USA started releasing the manga digitally in English from 2020 and they describe the manga as :

“Alumi Niumbirch, the Third Itako Anna, is squaring off against business tycoon Kaizo Oume, whose massive Over Soul is…the spirit of the battleship Yamato?! All of this is for the sake of victory in the proxy war between the gods: the “Flower of Maize”… The battle for the forbidden safe has begun!”

Due to the popularity of the franchise, the original Shaman King manga has been adapted into multiple media including thirteen video games, a collectible card game; and a sixty four-episode Japanese television anime produced by TV Tokyo, NAS, and Xebec, which aired in Japan on TV Tokyo from July 2001 to September 2002.

In 2021, a second tv anime series started airing on TV Tokyo, TV Osaka, TV Aichi, TSC, TVh, TVQ, and BS TV Tokyo. Produced by Bridge the anime announced that they would adopt all 35 volumes of the new complete manga edition this time. 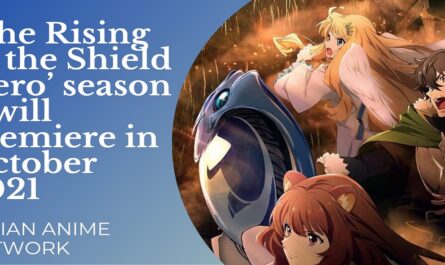 The Rising of the Shield Hero Season 2 will premiere in October 2021!