The story of the first African samurai, Yasuke, who actually served the name Oda Nobunaga, is now being released to the world. The fantasy comic book series Cannon Busters, released in March 2005, made LeSean Thomas famous. Its subsequent adaptation was released with great success on Netflix in 2019. Faced with good projections, the company decided to close a contract with the creator of the story. LeSean presented them with 3 ideas, among which was an anime about the first foreign-born warrior of African descent who fought for a peaceful era alongside Japanese daimyō Oda Nobunaga in the early 16th century.

Netflix did not hesitate to give him the green light and even named him showrunner of this production. This is how he began to build the series and started documenting about an action-adventure, Jidaigeki, a fantasy adventure series with Yasuke. It is important to say that the anime was developed with several seasons in mind, and the first season was released on April 29 on Netflix.

Set in a fantastical brutal war-torn feudal era of Japan, where magic exists alongside high end technology, the story follows Yasuke, the first foreign-born man to achieve the status of a samurai warrior, who came back to his life of sword-fighting and violence to protect a mysterious girl from dark forces.

Even though it is just a series of six episodes, Yasuke deals with a lot of characters in its way, and these characters are the reason Yasuke stayed entertaining throughout the whole series.

First, we have Yasuke – A masterless warrior, an isolated samurai who embarks on the difficult mission of protecting an unknown girl Saki on his way. This African slave will have to use all his skills to avoid being captured by his pursuers. Then we have a dark Daimyo who manipulates terrifying power, then Natsumaru who served Nobunaga Oda with Yasuke, Abraham a priest aiming for Saki, we also have a warrior/guardian who survived the Warring States period, mercenary corps Ishikawa, and Achoja, also Hart hired by Abraham, Nikita, Saki’s mother, Ichika, and other unique characters also appear one after another.

Given the fact that Grammy Award-nominated artist, Flying Lotus who also composed for Blade Runner Black Out 2022, Carole and Tuesday, composed the music for the series, it’s no wonder the OST of this series is great. FlyLo did an amazing job blending and adapting a synthesizer-inspired sound with hip hop elements and Japanese along with African Percussion to make the action-packed universe of Yasuke intertwined with an upbeat soundscape.
And it is not just the OST, the soulful mellow openings and endings also gave the series a sad yet beautiful undertone that I really liked.

Fun Fact: FlyLo produced over 200 tracks for the show.

Japanese voice cast for the series is really well rounded but have you listened to the dub voice cast yet ? It is even better! Why will it not be ? We have oscar-nominated artist Lakeith Stanfield playing the lead voice of Yasuke who also starred in critically acclaimed films like Dope, Get Out, Sorry to Bother You, Someone Great, Uncut Gems, Knives Out, The Photograph.

Nowadays if you pay attention to the English voice cast for an anime- they have those usual stereotypical audio patterns for an anime. So it was a fresh new feeling to have Lakeith on the series.

What about the Plot ?

Knowing that Yasuke existed in such a unique time period, as a real samurai who actually served Oda Nobunaga in the final year of his life, and knowing that no one had ever done a mainstream, fully-fledged adaptation of his story in a fantastical way, you can say it’s pretty much unique in plot premise. Especially with the real-life history part. Many Japanese cultures such as armors, swords, and Samurais- these are just reminiscent of an old-fashioned image among Japanese people these days. So I think it’s really amazing how LeSean Thomas made proper incorporation of Sci-Fi, historical, fantasy elements, and mystical creatures in a single show through Yasuke.

Another positive thing I must say about the series is presenting a black character as main character in an anime, which is just unheard of, to be honest. Sure we have many black characters in anime but the way they are portrayed is awful. Why the lips have to look like that ? Why they have to be the bad guy all the time ? So someone had to change all of these, and LeSean did exactly that. This project of his, centering a historical Black man in Japan, really took a step forward in the anime industry.

If there is one thing that can be classified as a strong point for Yasuke, it would definitely be its character design. Kenichi Shima on Sub Character Design, Minoru Nishida on World View Design, Junichi Higashi on Art Directory, Sasaki Azusa on Color Design, and finally Takeshi Koike who also designed for Redline, Afro Samurai, Lupin the Third: The Woman Called Fujiko Mine. Just look at Yasuke, Nobunaga, or Natsumaru they all have these unique designs that have something of a nonpareil feel to it.

As I said, I really loved the character design, but if I’m being honest the animation was not that great. Ok, I know the animation was handled by the Japanese animation studio MAPPA who had made Kids on the Slope, Terror in Resonance, Yuri!!! on Ice, In This Corner of the World and recently they came to hype with stellar animation in Jujutsu Kaisen and Attack on Titan: The Final Season in the Fall 2020, but something really felt off this time. If you look at the past animations by MAPPA even recent ones you’ll notice they follow a similar design for their show. So Koike’s Yasuke design was not so good as far as MAPPA’s standards. You can feel it. But the swordplay scene was great (a human body that becomes two splashes of blood).

I read what Thomas said,-

For people who are used to Shōnen spoon-feeding, this may not be a show for them. They may be like, “Well, why is this happening? And what is that happening? And why aren’t they explaining the whole story in the opening credit sequence?” We wanted to respect our audience’s intelligence and let them put this stuff together themselves. And it encourages them to have another viewing as well, to go back and see things they didn’t before.

But still I believe this is where the downgrade and negative reviews probably spawned from in the first place. The first two episodes were great, but then they kinda felt rushed, causing certain scenes to drag while not providing enough information which led to the climax going over quickly without providing more excitement. I wanted to see more of this than the supernatural powers that were impressive with a tremendous sense of speed.

My Final Thoughts About the Series

I think it’s a series of Thomas’s self-satisfaction that is packed with his favorite tastes in a way. The design is beautiful and the music is amazing, but I thought I needed more. I wanted to be left with something amazing in the end. Something like a journey that will be exciting and bloody, an odyssey worth remembering.

I think it is aimed at those people who are into this genre of mystical stories, stories that balance history, action, and fantasy. It is an adventure that can feel saturated, but will find part of its identity in its frenetic pace.

So what do you think ? Do you feel like watching the series now ? If not I’ll say go watch it and form your own opinion about the show. 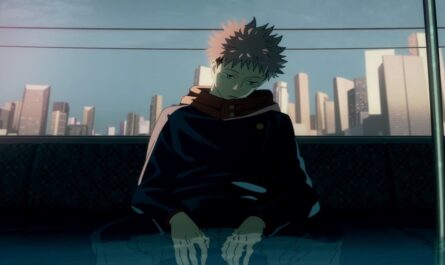