Shinichi Fukuda’s Rom-com, Slice-of-Life Seinen manga ‘My Dress-Up Darling’ ( Sono Bisuku Dōru wa Koi wo Suru ) is getting an anime adaptation, staff officials announced on the cover of the ninth issue of Young Gangan of 2021. However, further details are not yet known.

Sono Bisque Doll wa Koi wo Suru has been published in English as My Dress-Up Darling by Square Enix Manga & Books since April 14, 2020. They describe the story as:

Traumatized by a childhood incident with a friend who took exception to his love of traditional dolls, doll-artisan hopeful Wakana Gojou passes his days as a loner, finding solace in the home ec room at his high school. To Wakana, people like beautiful Marin Kitagawa, a trendy girl who’s always surrounded by a throng of friends, is practically an alien from another world. But when cheerful Marin—never one to be shy—spots Wakana sewing away one day after school, she barges in with the aim of roping her quiet classmante into her secret hobby: cosplay! Will Wakana’s wounded heart be able to handle the invasion from this sexy alien?!

In the results of “Next Comic Manga Award 2019” by Da Vinci (KADOKAWA) and Niconico, the series was ranked 6th in the “Manga category”.

In addition to that, the manga was also ranked 16th in the 2020 edition of the Kono Manga ga Sugoi! and ranked 3rd in the survey of “Zenkoku Shotenin ga Eranda Osusume Comic 2020” (Nationwide Bookstore Employees’ Recommended Comics of 2020) where they asked 1,100 professional bookstore employees in Japan for the top 15 manga series for 2020.

So, what do you think ? Are you excited as well ? Be sure to let us know in the comments. 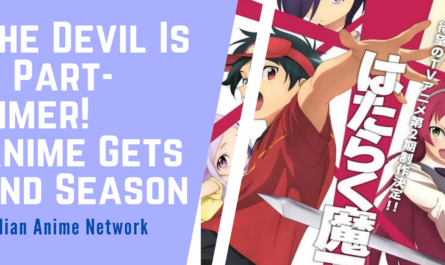 The Devil is a Part Timer Gets 2nd Season! 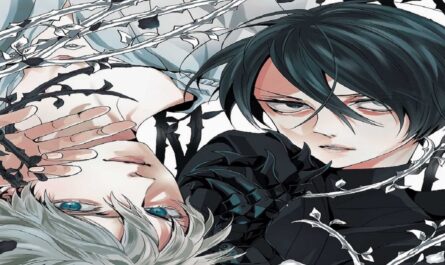 Aya Kanno’s Requiem of the Rose King is finally getting adaptated!