Yusuke Murata, the man behind the smash hit One Punch Man manga! Let’s celebrate his birthday today, yes! by appreciating some of his other works and in process dive into the incredible story behind them! Without any further ado, let’s wish him our heartiest congratulations on his birthday and wish him a long life ahead!

Written and illustrated by Yusuke Murata ‘Mangaka Yashoku Kenkyuujo’ is a family history autobiographical gourmet manga about the half-life of the Murata family. It has been serialized in Kodansha‘s seinen manga magazine Weekly Morning from 31 to 49 issues in 2016. Webcomic distribution site Moai also serialized the manga from June to November 2016.

The story portrays a slice-of-life account of the life of Yusuke Murata himself, a manga artist who has been chased by the busy and harsh serialization of One Punch Man and has not been able to talk too much with his family, friends, and surroundings.

It’s worth mentioning although it’s a slice-of-life autobiographical manga, it mainly contains review recipes of easy and delicious dishes such as soy milk ramen, and potato eggs. Each chapter is short and the menu is abundant. If you love food and want to dive into the personal world of Murata and try out some simple and delicious “first-class midnight snack” recipes, then go for it. Lots of “Nutrition Analysis” !! Illustrations are beautiful, you’ll have your fun. Fun fact this his first serialization at Kodansha for the first time in his life!

Yu Saito, a 25-year-old male editor who has been in the company for 4 years, is fed up with working like a carriage horse with a low monthly salary in the industry and want to try something new like becoming a manga artist. But being a mangaka is not an easy job. Writing, illustrating, shading, characterization, so much more things to learn there and you can’t learn them all by yourself. You need someone to guide you. So he asked the pro mangaka Yusuke Murata to teach him how to draw manga and thus begins the journey of Hetappi Manga Institute R.

It is a sequel to Akira Toriyama’s famous Hetappi Manga Institute. To commemorate the 40th anniversary of WJ’s first issue based on Akira Toriyama’s Hetappi Manga Institute, serialized in Fresh Jump (Shueisha) from 1982, the remake version of the manga by Yusuke Murata was serialized from the 22/23 merger issue in 2008 to the 24th issue in 2010. Just like the original, it also covers topics such as how to draw the basic elements and manuscripts of manga and pictures and how to arrange tools and how to practice using a pen, and many more. On top of that, the manga contains interviews from industry professionals like Yoshihiro Togashi (Hunter x Hunter), Shimabukuro Mitsutoshi (Toriko), Yusei Matsui (Majin Detective Brain Biting Neuro), Mizuki Kawashita (Ichigo 100%). According to renowned author Kouta Hirano (Hellsing), he learned how to be a mangaka from reading Hetappi Manga Kenkyūjo. So check it out. Both of them!

A youth ensemble drama that that deserves more attention than it gets. Shota Kaneda works at his uncle’s factory to save money for going on to higher education. He misses students of his age. He doesn’t have any friends. But one day he was asked to cooperate with the university’s solar car project that has been dormant for 8 years. What is the future of young people who put their youth on solar cars!? A new youth serial around the car that creates the future begins!

Deimon High School 1st year, Sena Kobayakawa. His weak personality has been a disaster, and he has lived a life of mystery since he was a child. However, thanks to that Sena, who has an astonishing speed, joined the private Deimon Devil Bats club in the American football club.

Murata’s first big break in the industry. Written by Inagaki Riichiro (Dr. Stone), illustrated by Yusuke Murata, Eyeshield 21 is one of the if not the best American football manga out there. From well-organized panels to amazing art, from good character division to good tempo, all in all, it’s amazing must-read manga regardless of the genre.

As of December 2020, the cumulative circulation of the manga has exceeded 20 million.

If Eyeshield 21 gave Murata worldwide broad exposure in the popular media industry then One Punch Man is definitely Murata’s magnum opus that further extended that fame and secured a position in the all-time greatest illustrators list.

If you read the manga, you know what I’m talking about. The original self-published version by ONE that was serialized from 2009 is fun but the remake version by Murata is something else. The perfect transition should I say. The story got the lifelong refill from a whole new perspective. The design is completely different, the battle scenes are impressive with many spread around compositions and finally the awesomeness of the panel it’s so interesting that it blows out! Just read it.

Here you go, our list of 5 mangas by Yusuke Murata you must definately read. Probably you must have already read One Punch Man, if not I urge you to start reading soon. And if you are someone who has watched the anime season 1 and season 2, you might start reading the manga from chapter 86. 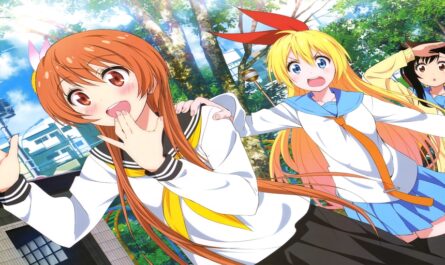 5 Romance Anime That Heals and Lifts You Up 20 Amazing Quotes From Saihate No Paladin

2 thoughts on “Just Read These 5 manga by Yusuke Murata”