The Uchiha clan is one of the most influential clans in Konoha. They have been a part of the village for as long as anyone can remember and they are known for their high intelligence, strength, and prowess on the battlefield. In this post, we’ll explore 5 of the best Uchiha Clan members based on my own judgment and prejudice. Take a look below.

Shisui Uchiha was one of the most powerful shinobi in history and is considered to be the strongest member of the Uchiha clan. He was greatly trusted by both his friends and family, and he had a profound understanding of the world around him.

He was a genius and perhaps the most underrated member of the Uchiha clan. He possessed exceptional skills in strategy and manipulation, and he was able to see through people’s motives with ease. This made him a powerful ally and an even more dangerous foe. Shisui was also fiercely loyal to his village and friends, which is why the circumstances surrounding his death are so mysterious. Some say he was murdered by Danzō Shimura, others believe he committed suicide. No one knows for sure what happened to him, but his impact on the Naruto world cannot be denied.

Obito Uchiha is one of the most interesting and well-developed characters in Naruto. He’s a complex individual whose motives change throughout the series to create an emotional rollercoaster for readers. His character arc starts when he meets Madara Uchiha when he was just a child, but this relationship is quickly severed after he falls into despair at his perceived powerlessness. As such, Obito becomes consumed with anger and hatred towards everyone around him and eventually joins up with Pain in order to destroy everything that Madara couldn’t. How does this affect his sanity? Does it make him more or less human? What drives someone like Obito who has nothing left to live for? These questions has addressed Obito Uchiha with one of the most complex and conflicted characters in anime. He starts off as an antagonist before eventually becoming a hero who sacrifices himself to save the world. His journey from villain to hero is one that many can relate to, which has helped make him so popular with fans.

Sasuke Uchiha is one of the most popular and well-known characters in the anime and manga series Naruto. Despite his somewhat dark demeanor and reputation as a prodigy, Sasuke is a complex character with many layers that are worth exploring.

He has had a complicated life, filled with pain and loss. Despite this, Sasuke has always been determined to become stronger and protect those he loves. In the latest installment of the Naruto, Naruto Shippuden series, Sasuke finally confronts his older brother Itachi, who killed their parents. All in all, his journey from a young boy filled with anger and vengeance to a powerful ninja who has learned to control his own destiny makes him the show’s most intriguing and complex characters that promises to be an interesting read for any fan of the Naruto manga or anime series.

The story of Madara Uchiha is one that has been told for centuries. Some would argue that he was the most powerful man to ever exist, but his tale also goes to show how power can corrupt and turn even the noblest person into something unrecognizable. With it being the 20th year anniversary Naruto anime television series, I thought it might be appropriate to share some insights about this legendary figure with you all.

When it comes to the world of anime, there are few villains as iconic as Madara uchiha. Though he was cursed with a short lifespan, Madara managed to etch his name in history with his dastardly deeds. He is one of the most revered and well-known shinobi in Naruto. He was also the co founder of Konoha, which means he has both a great legacy, as well as power to uphold it. His rivalry with Hashirama Senju spanned generations and led to some of the most epic battles in history, including the release of an enormous Nine-Tailed Fox Demon that terrorized all other villages.

Itachi Uchiha is arguably one of the most popular characters in the Naruto series. He was introduced as a cold-hearted killer, but he slowly begins to develop feelings for his comrades and family. His ultimate goal is to end the cycle of hatred that plagued his past life by helping Sasuke. However, right when it seemed like everything was going smoothly, Itachi’s story ends tragically with him dying at the hands of Sasuke. But there are still many unanswered questions about this character! Some thought he was a heartless killer, while others believed he had hidden depths.

What really happened to Itachi? How did he come to be part of Akatsuki? Did he harbor any hidden feelings for Konoha or its citizens? Why did he kill off his clan? Was he really a psychopathic murderer or was there more to him than meets the eye? All these things makes him one of the most intriguing characters in the Naruto series. He was an enigma, a true riddle that readers sought to unravel.

What do you think of the list? Did you like it? Who are your top 5 Uchiha clan members? Let us know in the comment below! And don’t forget to hit the bell icon here somewhere to get all the latest news, featured articles, and more in your notification bar. 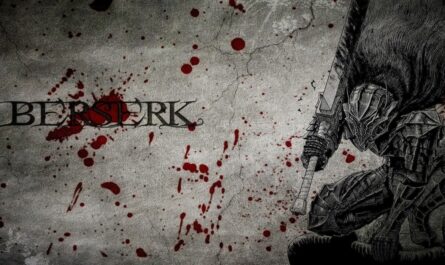